“I think the experience and intuition that comes with the number of weddings I’ve filmed as a Devon wedding videographer (somewhere around 450!) really puts couples at ease that they can just leave me to it and know they’ll receive a film that they absolutely adore. I get a real kick out of being able to do my thing to a super consistent quality and tact, whether your wedding is a sweet elopement in rural Devon or mad 200 guest East London Party, and everything in between”

I was always inspired by my father-in-laws successful career as a lifestyle photographer, and although that’s rather different from a Devon wedding videographer, whilst we were living with them, I had access to all his photography equipment, of which was just recently able shoot the most amazing quality video. 100 youtube tutorials later, I racked my brains for a way to monetise this newfound ability to shoot great quality video, and after filming promotional videos for businesses, music videos for friends, and even 6th form proms, an opportunity came up to film a friend of a friends wedding as their official Devon wedding videographer. My approach of not interfering, and just filming the day as it unfolded was not because I wanted to be unobtrusive, it was because I was/am rather introverted and had a massive case imposter syndrome. However, it was this approach that lead to a wedding video that was refreshingly free of cheese or contrived moments, this was not commonplace in 2010, and people loved it!

Things snowballed, and I was soon the wedding videographer for 50+ weddings a year all over the country and globe, needless to say, I never did get that first ‘proper job’ as an EHO. I absolutely love being a Devon wedding videographer; the meeting people from all walks of life, the different family dynamics, the people watching, the travel, and of course the reactions and gratitude from couples that first time they watch their wedding video – yeah the hours are long and ‘anti-social’, but it’s so worth it! 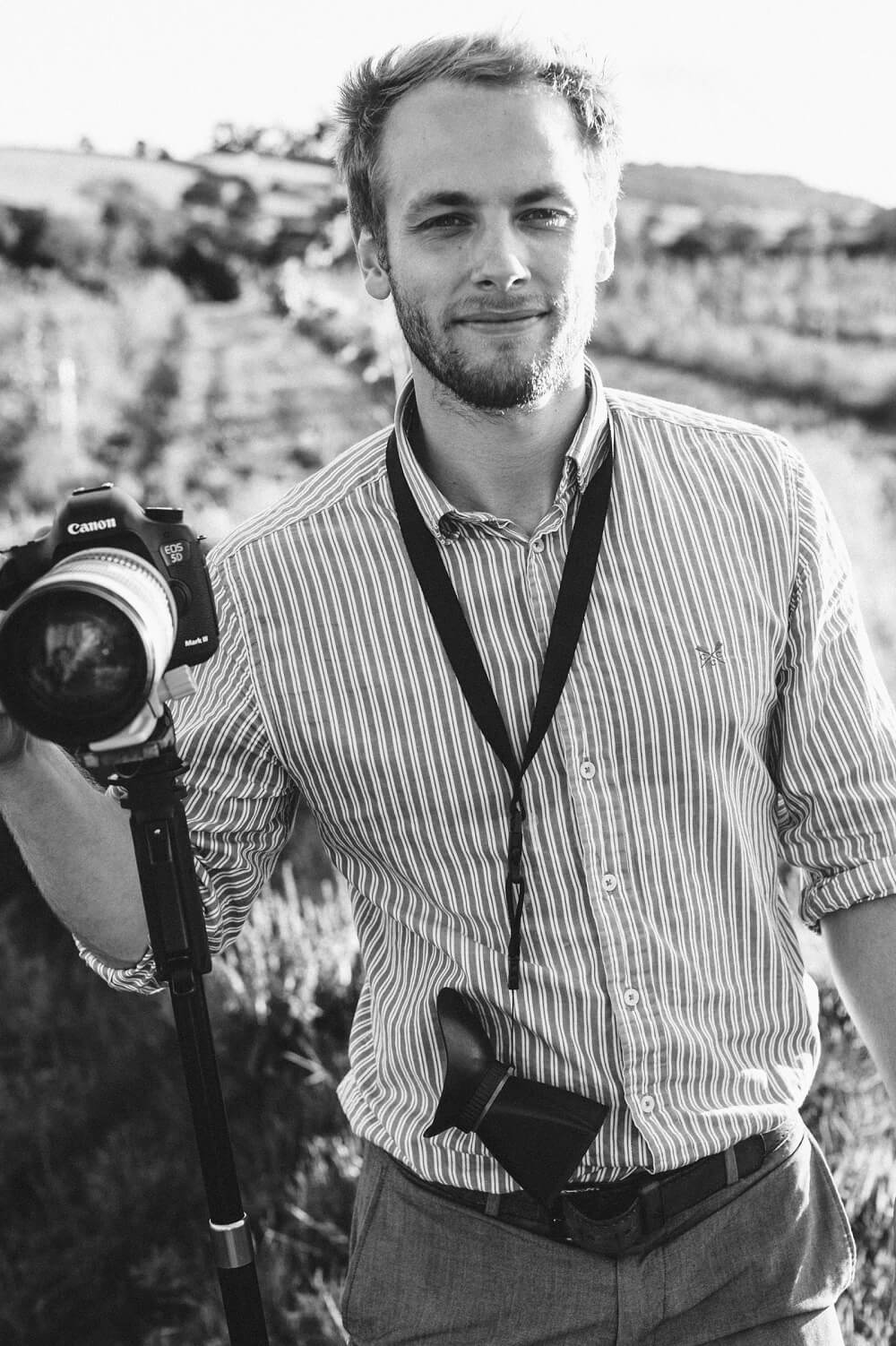